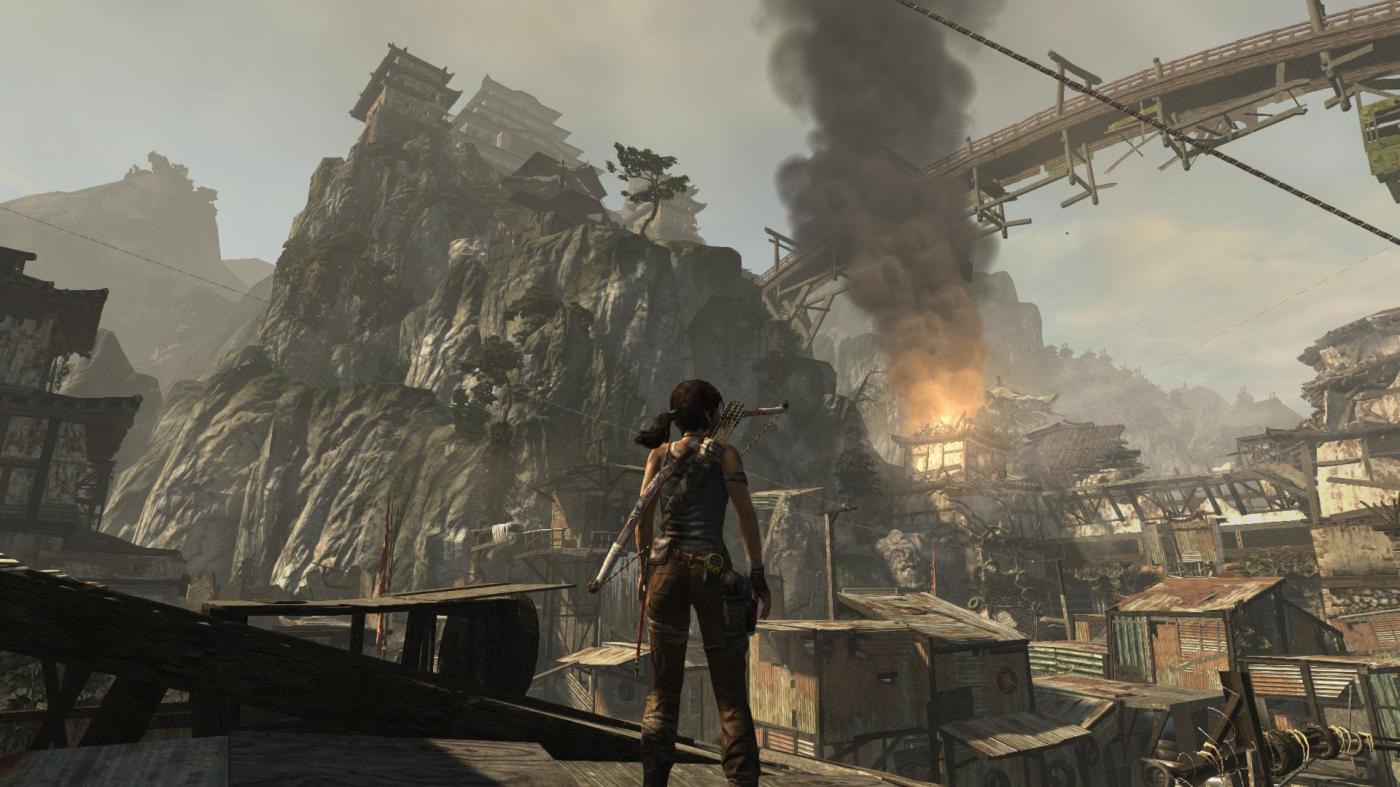 What makes a room easier to navigate, items easy to discover, paths easily discerned? Intricately crafted scenes, artistic renditions of the imagination to a tangibly-cognizant interact-able space are all important, but how is the player going to be interacting with the scene created?

END_OF_DOCUMENT_TOKEN_TO_BE_REPLACED

Tomb Raider and the Definition of Definitive

Here’s lookin at you, kid.

Yes, Tomb Raider has been a bit stale for a long while and yes there hasn’t been a good iteration for very long time for the franchise. Guardian of Light was probably the only notable step in the right direction, but took the gameplay in a different direction from the traditional Tomb Raider games of the past. The big problem is that corridor crawling adventure games were clunky for the longest time and there was a big gap in the genre since the 3d era began. Tomb Raider, Resident Evil, even Mario and Zelda games made big advances in the 3d era, but of these early predecessors Tomb Raider holds up the least. Mario and Zelda prided themselves on fluid controls which made playing these games, even today, very enjoyable. The primitive interpretations of how players should be able to move translated well to the format that gamers are used to nowadays. Resident Evil controls like a 1920s era tank sold at discount from the crazy soviet from down the block. Turn in place, run forward. Turn in place some more, run forward. Fast mobility wasn’t a priority, and actually worked towards the games theming. Resident Evil is meant to be a survival horror game, so having fluid mobility takes away from the fear of the game. The awkwardness when controlling Jill or Chris adds to the panic when you’re trying to get away from the Zombie or Crimson making its way to eat some face. Tomb Raider controls in a similar fashion, with some more mobility than Resident Evil, but still extremely clunky by today’s standards, but since Tomb Raider isn’t a Survival Horror game, it makes the game all the more frustrating when revisiting the game with present eyes.