Having the infinite power to survey and analyze while stuck with the limitations of the human body.

If you ever felt like The Flash needed a handicap, this would be the best one to give him. Given the power of high speed thought and processing, without the powers of high speed movement. How useful is being able to see the Matrix if you can’t manipulate yourself fast enough to dodge bullets.

Superhot is an experiment with these limitations.

The game opens up slowly, in the style of bringing intrigue and curiosity to the picture. A friend recommends you a game to try out, so you do. This is when you start learning your mechanics.

END_OF_DOCUMENT_TOKEN_TO_BE_REPLACED

PAX has always been a place for finding high-grade indie-games worthy of talking about. The games are generally a mix of novel, innovative and fun with some prospect of them being close to completion. This year at PAX South 2016, I was able to wade through the dozens of independent games there and found a new game that has a good mixture of all three.

Invisigun Heroes is a mix of Bomberman and Hide-and-Seek. Give Bomberman a gun, make it 4-players and make all players invisible and you can immediately understand the game and easily imagine how chaotic things can get.

You’re not invisible all of the time and you aren’t impossible to be spotted at all times. Bump into a tree, people know where you are (kind of).

Walk onto a puddle of water and you leave a ripple behind, people know where you are (more than kind of, deadman).

But if you try to capitalize on knowing where someone may be, you have to shoot your weapon thus making yourself visible and easy to spot.

END_OF_DOCUMENT_TOKEN_TO_BE_REPLACED

This list is a compilation of the best runs throughout the event, spanning races to co-op, blind-runs to glitch exhibition. Hope you enjoyed the list and to watch other picks from great runs, scroll down the bottom to find my other posts from AGDQ and SGDQ events.

END_OF_DOCUMENT_TOKEN_TO_BE_REPLACED

This list, in particular, is for those that find all of the hacks and glitches to whittle down the times through means other than optimized movement. Finding out how to influence the RNG, influence enemy behavior, and that one glitch to give you infinite items.

END_OF_DOCUMENT_TOKEN_TO_BE_REPLACED

This list, in particular, is for those that have dedicated their time to particularly difficult games, where the barrier to entry of even completing the game is high.  And there’s also a few that are just cool because of interesting techniques involved to compete at such a high level.

END_OF_DOCUMENT_TOKEN_TO_BE_REPLACED

Bias in Gaming: Pre-Orders, DLC, Valuation and Pain of Paying

Big Boss’s Dismembered Arm. Jacob’s Hidden Stabby Knife. Pipboy Wristband for a phone that won’t fit inside. A statue of a dragon that will never see the light of day. Another year goes by and more toys begin collecting dust, trying to match the shade of grey as the collectables next to them. A Street Fighter 4 duffle bag, with matching 4gb USB stick. Travel Chest housing a Nathan Drake Statue. A lie of reselling at mark-up that will never be true. Things that I’ll never use, nor had any intention of using. 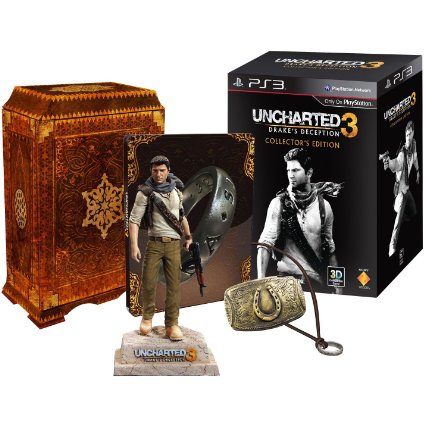 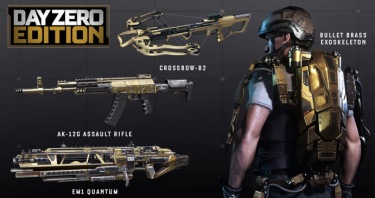 Why do we fall for preorder bonuses every time when we know they are money sinkholes? Are these toys really that enticing? Do we feel like we’ll be missing out on some grand revelation by not getting the ultimate collector’s definitive edition boxset? (super turbo world champions)

END_OF_DOCUMENT_TOKEN_TO_BE_REPLACED

Legend of Zelda has always had some interesting design choices; from its gameplay, to its level design, to its enemy creation and how it chose to inform the player of how to progress. Oversimplifying its weapons to make sure that they are intuitive to use and easily instinctual in recognizing when to use it. Enemies with only a single mechanic to perform makes them easy to deduce means of dispatching them; and the difficulty comes when mixing placement with variety with terrain forcing you to take into account more variables and manage more moving parts. It shows that they put at least some attention to how they create the experience in their games.

That doesn’t mean that the Legend of Zelda is a perfect fleet and even its best ships have a few holes in them. The one that comes up time and time again is how they handle dialog.

Paragraphs of dialogue being spit at you. Line after line, given 10 words at a time. You sit there hitting the “next” button for minutes at-a-time. At the end of it you’re asked “Did you get all that?”

And the default placement of the cursor is on the “No.”

You hit “next” and you scream and storm away from the TV, incredulous to wasting your time for twice the length.

A game actively keeping you away from the action by forcing you, the player, to slow down and pay attention. Why would the cursor be set to “No”?

END_OF_DOCUMENT_TOKEN_TO_BE_REPLACED

Cultural Context and Impact on Perception

The ending to Braid has always been a surprise when new players pick it up. The story is obstuse, given in disjoint bursts so there is already varying amounts confusion to the understanding of what’s going on in the game already. Some sort of story about being obsessed and about the longing for someone, the sleepless nights and the wasted time. Then you go through the puzzles about controlling and manipulating time to find yourself at the game’s ending.

Your obsession leads you to finding a princess, whom the player may automatically assume (as one typically does) that they’re their savior, helping her try to escape from the knight once clutching her. You help her by clearing a path of escape, using the pulleys and switches to move  obstructions hindering her path of escape. Then you’re forced to hit the rewind.

You watch your actions play out with a different narrative. You’re actually the one in pursuit of the princess, trying to hinder her escape by blocking her path, chasing her away with your obsessiveness into the arms of another.

The moral lesson was the dangers of obsession and control, but the storytelling lesson is one of context. The learned context from many years of gaming, that you always assume that you’re the hero of the story and that princess always needs saving by you alone. The shallow context given to you in the story that doesn’t explicitly tell you that you are the hero of the story but it does little in dissuading you from this belief. You come into Braid, like many games, with these preconceptions and the story plays on them, making the reveal even more impactful.

What’s worth exploring is how much context the player brings with them into a game, and how that changes the impact of the game for the player.

END_OF_DOCUMENT_TOKEN_TO_BE_REPLACED 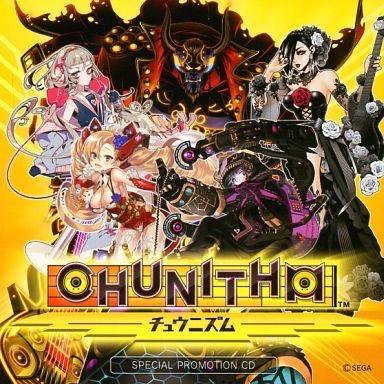 Traveling to Japan is always interesting, in particular Tokyo. The city is always busy from the waking hours till the trains shut down at midnight,, the neon lights and smell of food from a small ten-person restaurant can be sensed from blocks away, and there is always something new to find in the city, whether you’re visiting for a only a week or have lived there your entire life. It’s an intoxicating display and makes it impossible to not go exploring for something new, especially to International eyes.

And in Tokyo you can find a slew of Video Arcades, particularly in Akihabara, and in these arcades you can find a war for floor space between fighting games, the newly established virtual card games, and a new breed of music games fighting for audible space of each floor.

And then I came across this machine.

I didn’t think much of it at first. There were a few new music games to try that aren’t really seen in the US. Groove Coaster, REV, and the few other music games that I found in the arcade are rare to see, so I wanted to get my hands on them at least once.

What a silly name, Chunithm.