Bias In Gaming: How Our Preferences for Games Change, Assortative Mating and Coping Mechanisms

Bias In Gaming: How Our Preferences for Games Change, Assortative Mating and Coping MechanismsGrowing up is weird.

I remember sitting down in front of the TV, finishing a king-size bag of Doritos; watching Rugrats, Doug and Rocko’s Modern Life from sunup to sundown; occasionally popping open a Sprite; and having a great time being entertained by each episode that I’d probably seen a dozen or so times. 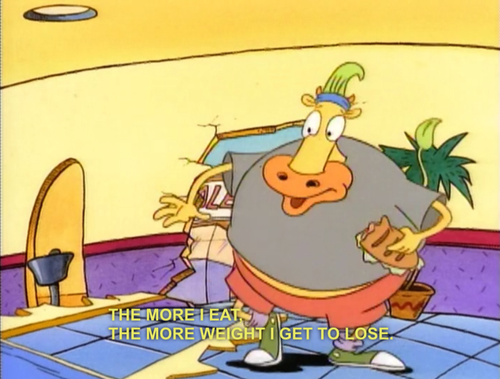 Fast-forward to today, I’d still have a good time watching those same shows, given both nostalgia and the amount of depth the early iterations of those shows contained, but I’d probably feel like getting up and doing something else after the first few hours. I also feel sick just thinking about finishing that king-size bag of chips and I now hate the taste of Sprite. 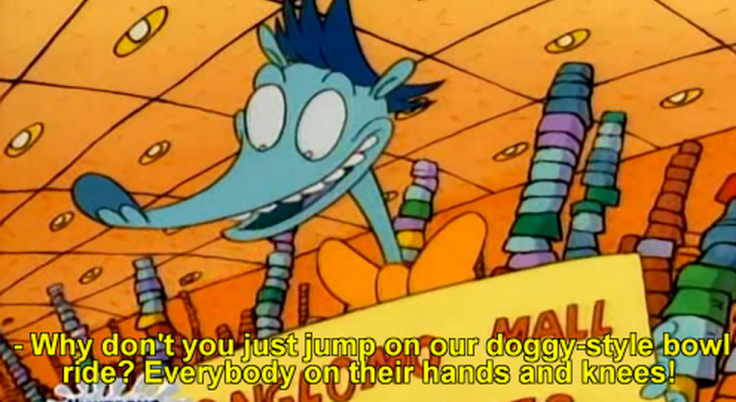 Even for games, we immerse ourself with one type of game, exploring all variations of the genre until we get sick of all of the tropes in each or find that they don’t feel fresh, new or exciting anymore. This is when you move onto something else.

I guess the point is, our tastes change. They change because we relate to more things, different things. We experience more, so we empathize. We’ve tried different foods, seen different movies, talked to different people from different backgrounds and understand more and more that everyone has had a different set of experiences than us and some of those experiences can help shape how we explore new ventures.

None of this is new.

What’s worth exploring, however, is how our tastes change.

I’ve only given a few examples of how our life experiences change how we relate to things differently, but are these the only ways that we learn to like new things?

(Obviously not, or this would be a shitty article to write)

A discussion about taste can’t really start without talking about Assortative Mating.

Nothing new. What is interesting is the why.

Do the less attractive people over-evaluate the person that they are with? And how does this help us in our exploration in how our preferences changes?

There was a study published in 2008 exploring this, focusing on how we evaluate potential partners and what are the things that we look for in our partner. (Lee Et Al, 2008)  [1]

What Lee et al did was use rating data from HotOrNot.com, a site where people anonymously rate the physical appearance of others, and data from a meeting-feature within HotOrNot where users can request a date with others on the site. Where the fun bits come in is finding not just how you rate others, but how others rate you and how this translates in how much value you have in the dating pool. The more people that would want to date you, the more value you have (in market terms)

It means that we don’t delude ourselves into thinking that people are more attractive than they actually are just because we would date them.

But I also know that looks aren’t everything.

In a followup study, Lee et al performed a speed-dating experiment in a similar fashion. People would rate other prospects in 1-10 based on attractiveness as well as rate other criteria: sense of humor, intelligence, kindness, extraversion and confidence. After the 4-minute date they would rate each prospect in each category.

What does this all mean?

A way to reframe the last section is this: How do we develop a preference with a lack of choice?

If this is in terms of dating, we’d all want to date someone whose drop-dead gorgeous but we all can’t. Genetic lottery and regional preferences leave that availability out of our hands. So how do we determine what we look for in a partner? Given the unavailability of certain preferences, we expand our preferences to see what traits are more enjoyable in lieu of purely physical appearance.

It’s not just that beggars can’t be choosers, but that beggars learn to be less picky about what they will choose and choose based on other preferences.

Bringing this back to gaming, we can all start our gaming careers with the first genre that gets our rocks off.

If you were a gamer who grew up in the PS1/N64 generation and beyond? Your first handful of games would probably be Goldeneye, Perfect Dark, Rainbow Six or Halo. They are all great games, but the problem is that most games during these generations were First-Person Shooters (FPSes), meaning that you’d probably become an FPS aficionado by age 15. 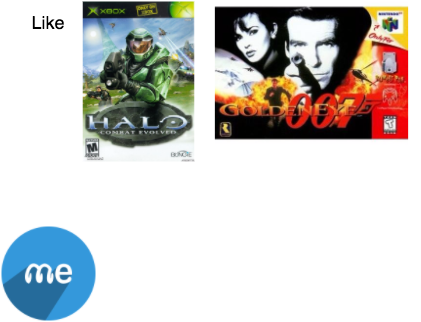 FPS games, as a whole, aren’t bad. They have a stronger immersion affinity since you lose sight of your avatar, they are a faster pace (especially so for the time), they give a cheap thrill of violence and presence. But during this time, there were plenty of bad FPSes where they all had some gimmick to set themselves apart from one-another leaving a very one-dimensional experience. 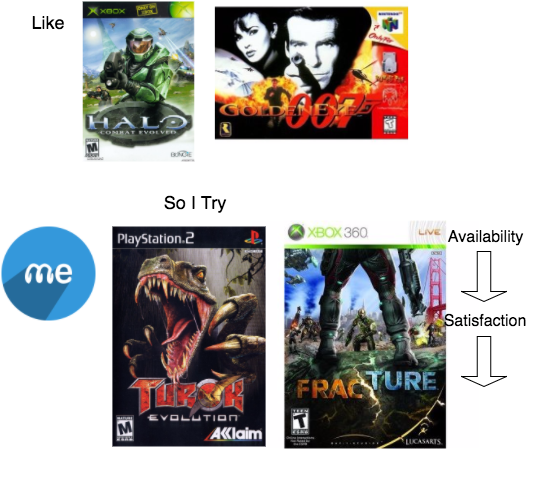 Thankfully I started gaming in the NES/SNES generation, which meant I was always open to Platformers and RPGs. The NES/SNES era as well as the PS1/N64 era still had a ton of terrible platforming games, similar to the FPSes, so you could still become saturated with bad games from any genre. I just think that people that who grew up between these shifting-generations were more exposed to other genres than those who spent their gaming childhood engrossed in one generation.

But it’s how and when we learn to move past the genres we’ve first gravitated to and find enjoyment in other kinds of games that’s important.

Like the dating scenario, if we have a lot of time and a very heft gaming collection, we can spend back to back hours on the same genre until we’ve skipped a few meals and our organs start failing from lack of food and sleep. We play the same games and games like it because we’re accustomed to them and already know that they are fun and that we find enjoyment from them.

But luckily most of our gaming collections aren’t that vast, and games aren’t that long. We can burn through a game in a few hours and without anything new to try, we are left with the constant dilemna of: “What do I play next?” With nothing new available, it leaves us with a game that’s either something old or something different. 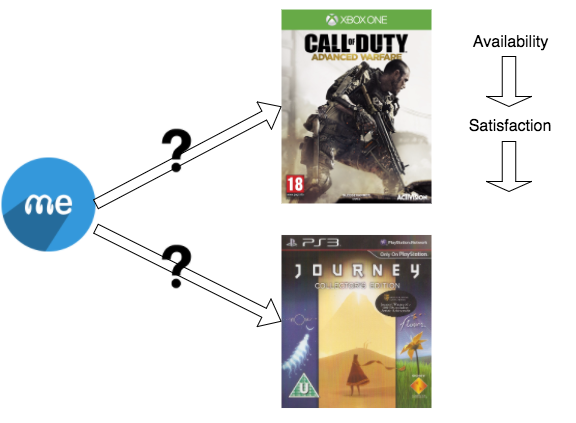 It’s when our options with one preference becomes thin that we explore other criteria to see if they can give us enjoyment as well.

RPGs filled with end-to-end lore and world building while giving little to no focus on the characters is what did it for me. Characters with little personalities, with little emphasis on how those personalities would clash in non-cliche ways, and the similar tropes permeating the genre made it harder and harder to go back. That doesn’t mean that all modern RPGs are like this, but they seemed to become fewer and further between, or that I finally realized the tricks that many RPGs were pulling. I haven’t decided which is the case, yet.

The same can be said for the general lack of innovation and stagnation in platformers. There are always diamonds in the rough, as well as gems from developers accustomed to the genre, but they became less and less entertaining for a multitude of reasons. Unresponsive controls, poorly designed cameras, boring level design, long retry loops to name a few.

So what exactly is the bias here?

The bias is the Assortative Mating strategies that we use to decide what we like in the moment, and the coping mechanism that we use when what we do like turns sour either because the freshness is no longer there or because we are starved of playing the kinds of games that we like so we learn to explore and appreciate games that don’t fit those categories.

Like all biases, this isn’t a bad one to have. We just need to learn to enjoy what we have, but also be willing to embrace the growing-emptiness that comes from consuming too much of the same thing. This way you might be more willing to try something new and find a whole new genre that you might enjoy, appreciating the differences in that genre and finding a new way of viewing the things that you’ve enjoyed in the past.

Other Bias in Gaming Posts

4 thoughts on “Bias In Gaming: How Our Preferences for Games Change, Assortative Mating and Coping Mechanisms”