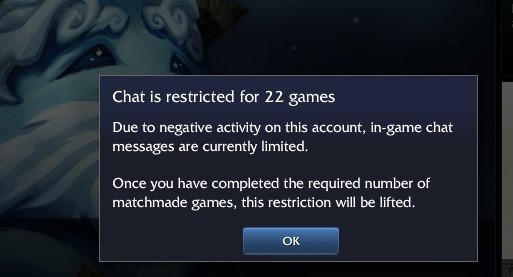 How much of life is about learning patience over immediate reaction? Patience in seeing that the hard work that you’re doing now will have some payoff in the future instead of taking seeing a way out now and changing tracks. Patience in dealing with others, taking a situation in and seeing things from another’s viewpoint, instead of letting subconscious reaction take over and responding in the same energy that you’re given. Aggression responding to aggression. Hate responding with hate.

And what happens when you aren’t taught these lessons in life? If you’re never taught to practice patience over immediacy, understanding over reaction? Would it be easy to work well with others knowing that every interaction if brought with the wrong energy will cause a troubling scene? Would it be easy to stay productive and motivated knowing that at the earliest sign of a way out you’d take it instead of staying focused on the task that you have and losing sight of why that you’d working on is important?

A life of immediacy and reaction is probably not the one that leads to the kind of life that you want. Although it feels good to take control in the moment, it’s rare that you don’t burn some bridges when acting on reactions.

When is it a failure of the system that you weren’t taught patience over immediacy, when it’s such a key aspect of social development? Schools try to teach this, but it’s hard to force kids with varying personalities and motivations to see a common end goal. What’s worse is that if you grow up in an environment which instigates immediate reaction over understanding, from the peers you interact with to the adults in the neighborhood, it’s more likely that you’d never learn patience as you’re primed completely to act on reaction.

How you learned reaction over patience is the same way you could to undo the process. The people you interact with set up an expectation for a behavior from you, making you accountable for those expectations to build a sense of responsibility. As long you have a system that makes you accountable for being patient and learning understanding, then you have a means of practicing patiences and understanding.

Have you ever been in a long-term guild in a game before, or even just had a group of friends that you’d meet with regularly in-game and play a game together that required a high degree of cooperation?

Learning the maps, the routing and building expertise in a weapon-set in Counter-Strike, Destiny or Call of Duty.

Having regular times to meet and work on new content but theory-crafting a skill tree during the off-time so that you can make the most of those group play-sessions instead of stopping every time you gained a level and looking up where you should dump the new skill points that you just earned in Diablo 3.

Spending time outside of play-sessions to get better gear and learning the mechanics of a raid-fight before meeting with friends once a week to try and choreograph 8-people to beat the same boss that you’ve all been working on for a few weeks with incremental progress in World of Warcraft or Final Fantasy XIV.

The few people willing to take up team-chat and coordinate a group of strangers to play a specific set of roles to have a well balanced team-composition when you never know how your teammates react when things go well or poorly in Overwatch or League of Legends.

Having responsibilities to train and come prepared but building the social skills to deal with the differing personality types and viewpoints that you come across. The kind of responsibility for self-development and accountability for positive social interactions that need to be practiced for patience and understanding.

So what are we exploring in this article? We’ll look into how social adaption can get skewed during developmental years, how responsibility can be instilled by building systems of expectations and accountability and how we can mimics these systems outside of IRL and possibly recreate them online.

More after the break.

The research in social development comes from finding a large portion of people unable to hold jobs and, more generally, not work well with others. The swaths of the population mostly affected come from areas where broken families are more prevalent and inner cities where social aggression is a more common characteristic of the demography.

The problem that some hypothesize is that these people don’t learn to Socially Adapt themselves to working well with others. I don’t mean that they haven’t evolved from Shut-In Introverts to Extrovertic social butterflies able to strike up a conversation with all walks to people, because that’s more of a personality trait this isn’t a necessity to being productive. What I mean is an Anti-Socialness that causes social interactions to always cause conflict because one person is Socially Maladapted, taking the slightest challenges to viewpoints as an act of aggression.

There are a few programs that believe that the problem is that some don’t have the means to learn Pro-Social behaviors because they don’t grow up in environments that promote it. This is why programs like Becoming a Man (BAM) was started, created by Tony DiVittorio. BAM was started because for kids that grow up in inner-cities, like DiVittorio, it’s a common reaction to view any challenge as an affront to a person’s respect, but ultimately a person’s well-being, so it’s usually met with aggression. What DiVittorio tries to teach is for kids to practice changing perspectives, reflect a bit on what happened and analyze the situation before coming back with aggression because sometimes it’s not required or sometimes the other person is looking out for the safety and well-being of others.

Reflection and Analysis over Immediate Reaction is something that’s been talked quite a bit here as it’s that basis of a lot of Behavioral Sciences. System 1 – Automatic, Subconscious Reactions, Intuition vs System 2 – Reflective, Analytic, Conscious Reasoning is almost a staple in all Behavior Economics brought by Daniel Kahneman in 2003, [1] though it wasn’t the first time this was talked about (See: Johnathan Evans 1970s work)

What DiVittorio’s work with BAM is to get kids to practice System 2 responses instead of over-relying on System 1 in dealing with social interactions. With this, they can at least learn a difference in perspective which will help give them the means to stay out of trouble.

Keeping kids out of trouble is seen to be the first step in Social Adaptation. A study in 2015 by Sciulli found that kids in England that were found to be Socially Maladapted by age 11 had strong correlations to having Anti-Social behaviors making them unsuited to work in the labor-force from age 16 onwards. But, if we were able to correct their Social Maladaption by age 11, then this correlation could disappear.

Sciulli was able to find this enforcing mentorship of these socially maladapted kids with socially-adapted adults (think Big Brother/Sister program). With this, they found that the active practice and example of understanding and patient communication (System 2 behaviors) was able to still be learned and reduced the unemployment rate of kids that were thought to be socially maladapted. [2]

Similar findings were suggested in other programs like Pathways to Education in Toronto where apartment projects have a community-based approach to dealing with the kids of these areas. They first work on counseling and mentorship, so that kids have examples to unlearn what they know while learning the right ways to handle situations. With this mentorship they have academic help with an accompaniment of academic accountability. This accountability helps set responsibilities so that they know what needs to be done before moving onto other things. Every so often they are required to participate in a  few community social events to help build social bonds within the community and not view everyone as a stranger. Lastly there is a  financial incentive to staying in the program. While it isn’t much, like weekly bus passes or $5000 College Scholarships, it is enough to keep people invested when they might otherwise be not interested in going. All of these aspects combined run for a 4-year span caused the high-school drop out rate to reduce by 20-30% [3].

Why does any of this matter? Why does it matter that teaching people to practice reflective System 2 reasoning vs automatic System 1 aggression causes such a drop off in kids going to juvenile detention? Or with mentoring in the same practices cause employability rates to rise? Why does it matter we’re focusing on the Socially Maladapted?

This all matters because it’s easy for us to know someone that falls in this category. Someone who fell behind in school or got with the wrong crowd, learned a few too many bad social habits and fell off the radar because they had strayed so far from the group.

And if a program like Pathways to Education or BAM existed, then they might not followed such a road. But what if there were easier ways than this programs like Pathways and BAM to teach and reform social skills?

From the related research on the matter, an online Big Brother program might be a good approach to keep people invested through the social online games that we already play. This is done less formally already in many games like MMOs like WoW or FFXIV but any game that had a social experience.

Everything that a respectable guild promotes are traits that we try to use in our normal life.

The only thing that would need to be done is to incorporate some of the other aspect of Pathways to Education to make sure that people stay invested for long periods of time and that people are investing the proper amount of time to longterm non-gaming goals as well. Having the mentorship help promote academic accountability, rotating the games played as content is updated quickly enough for longterm engagement, incorporating in-game and IRL community events, etc…

Luckily, this program doesn’t need to only incorporate MMOs as any cooperative social game be used as practice for Pro-Social interactions. Games like League of Legends, Overwatch, Destiny, etc… require a large amount of offline knowledge but an incredible amount of communication in-game to perform well and offer plenty of opportunity to practice Pro-Social behaviors with friends and strangers, making it so Reaction isn’t the immediate action that you’re primed to perform.

Maybe with a few more means for us to build Pro-Social behavior we can learn to rely on understanding over reaction and patience over immediacy so we don’t take the easy way out of every situation that we see in front of us.

Note: Obviously this isn’t meant to be a complete outline for a social rehabilitation program, as we don’t cover things like funding, collecting and measuring data and success and RCTing participants to measuring effectiveness, so only take this as an article to jumpstart the idea or a baseline to build on top of.

Other Bias in Gaming Posts: