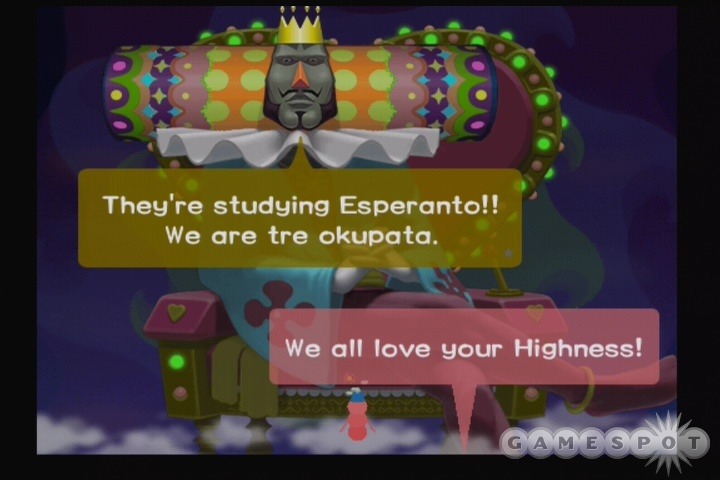 There are various means for pushing dialogue onto the player. Text-based, dialogue-based, interpretive gestures and symbols. I don’t want to focus too heavily on what they are actually delivering, but instead focus on how each will be received.

Think about any time you meet a friend who is talking to someone that you don’t know. Your friend introduces you to them and after a few pleasantries goes back to their previous conversation. You’re just standing there, bouncing your head back and forth to each speaker, trying to catch up to whatever they were talking about. Trying to remember what “Tracy did to whom” and “Your job at BrandCo just had new management,” whatever nonsense that comes up. If something important comes up in the conversation then you might want to pay closer attention to this information and if it were some other mundane-ness then you might pass it over because there’s just too much information being passed around the keep track of.

The information needs to be worthwhile, have purpose, or have importance if you expect the player to be as attentive to everything said. This is more important when tomes of information are getting delivered to the player and we must discern what is important and what isn’t.

If you want the player to climb Shit Mountain, there needs to be some gold found along the way.

Games like Borderlands and Katamari Damacy get away with long dialogue because there is entertainment in its dialogue. Borderlands is a game which every character is written with personality and charisma that makes the desolate lands Pandora tolerable and even enjoyable and where the mayham and carnage that you’ll experience while playing becomes lighthearted. Katamari Damacy has the King of the Cosmos expounding long diatribes of nonsense, but the nonsense is unobtrusive to the gameplay and is humorous in its silliness. Much like listening to a drunkard or stoner talking and making whatever connections to words that they can and having their words spilling out of their mouth with little to no filter and regard for how intelligible it may sound. While not always the most useful information, it still leads to entertainment if you choose to read it, otherwise just carry on and roll more mascots, bushes, and cars into your Katamari. These games have both entertainment and humor intermingled in their dialogue, making them tolerable and enjoyable; and being nonintrusive to the actual gameplay gives little friction to the existence of their dialogue.

How does a game help distinguish the important from the less important? Well, a game creates its stories a history in mind, with groups who oppose and support the protagonists and characters who become integral to the progression of the game. If this was a Halo game, any talk involving terms with Covenant, Master Chief, Marines, Grunts, Cortana, and Forerunners would throw alarms up in anyone’s attention radar. The idea is that the game teaches us to notice keywords in order to trigger the player to go from passive-mode to attentive-mode. It does this by creating the habit of having important characters deliver important dialogue, which becomes distinguished by these keywords. If important dialogue is only delivered by important people or using important keywords, then it becomes easier to filter out what information has purpose and therefore better absorb the information.

What words are important, really? (Long, hard to understand dialogue)

If you are handed an alphabet soup of keywords, all of which are used constantly, it becomes hard to figure out which keywords are important, which makes it harder to filter out what information is important and which information is not. Games like Final Fantasy XIII, later Resident Evils, and the more recent Metal Gear Solids get into the habit of throwing around keywords in almost every piece of dialogue which is generally delivered by someone important to the context of the game. Because of this, it makes it impossible to determine what is important and so you sit there staring at mouths being moved, listening to words being said, and ignoring as much of it as possible while still trying to keep track of what has happened and how it ties into what you remember from before.

A big issue stems from just how much attention we need to give in understanding the dialogue. When you’re building worlds with depth and history, it requires a lot of history to be taught to the player. This history has varying importance to the experience of the game, and because the delivery obstructs the game, it becomes tedious to just endure the dialogue being delivered. If the dialogue was optional, it would be easier to figure out which information isn’t important. Metal Gear Solid mitigates this by having a lot of optional dialogue listened to via the In-Game Radio, but when it comes to cutscenes, the game can be extremely long winded and hard to decipher. Final Fantasy does have a lot of optional dialogue from NPCs as well, but its main story (which is Character-Paced) pulls the players attention in a riptide, sloshes information around the player’s ears and eyes while disorienting you with keywords new and old and expects you to surface with a full understanding of what happened and how it happened.

Talking about Shorter Dialogue and Other stuff next time.