I’ve talked about dialogue delivery in the past and how it can become a hindrance when perception and expectation don’t match, but playing story-driven games like To the Moon  and A Bird Story  has helped to drive home the idea that many modern games rely too heavily on being verbose in their story telling. Long winded narration and dialogue used to inform the viewer every little detail that’s going on within the story. Background that we absolutely need to understand the story in full depth </sarcasm>. 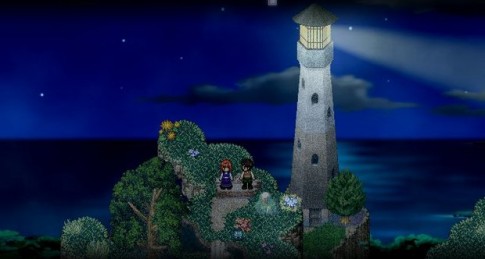 What makes these two examples great is their ability to become interesting because of the lack of dialogue in each game.

To the Moon focuses on two scientists exploring a dying old-man’s memories from old to young with the purpose of implanting memories that he lived the life of an astronaut.

With revisiting anyone’s memories, they’re filled tragedies and sacrifices, choices and moments that plague us but others that eclipse any inevitable despair and allow us to be happy in the moment-to-moment.

As far as the game goes, there is dialogue in the game, but not so much that it ruins the player’s curiosity in the story. The dialogue is meant to tell us where each character is in that moment in time, not filled with ear-beatings of “these are my motives” and “here is everything from the past that lead up to this moment.” Just enough dialogue and hand-holding to get the idea of each scene across, but not enough to give a synopsis of the background for each scene.

The dialogue also has the implied knowledge that is obvious when two people with a long history talk to each other. You drop full explanations of terms and histories because each person already knows it, so why bother explaining things that you both already know? Efficiency in communication.

You say things like “keep her safe” instead of “keep Arya, our daughter who we gave up for adoption because the Wildlings are in search of her since she’s destined to destroy their race , safe…” The dialogue leaves curiosity of who do they mean by “her” and this permeates our thinking as the player travels further back into the memories.

There is also a problem with leaving too many unresolved information gaps, but To the Moon doesn’t have to worry about this. Because all of the dialogue is mandatory, the designer’s have full control over what information is delivered and the order in which it is received. Since every piece of dialogue will be experienced, the viewer can always find out what situation (cause) created each outcome (effect). 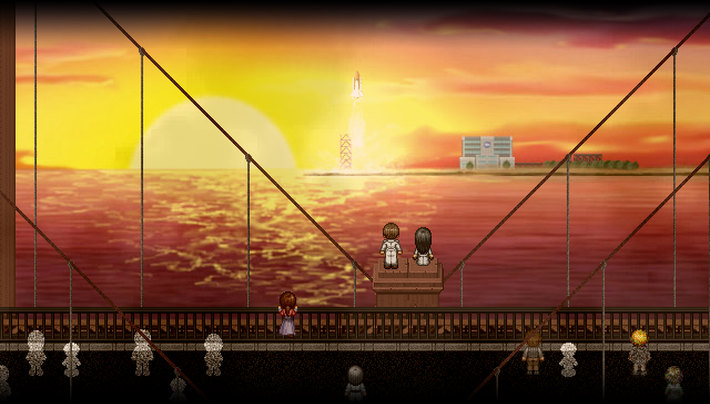 A Bird Story took lack of dialogue to the next extreme, no dialogue. The short story of a loner kid finding and rescuing a bird, their eventual bond and breakup filled with moments of whimsy and humor but also sadness and desperation. 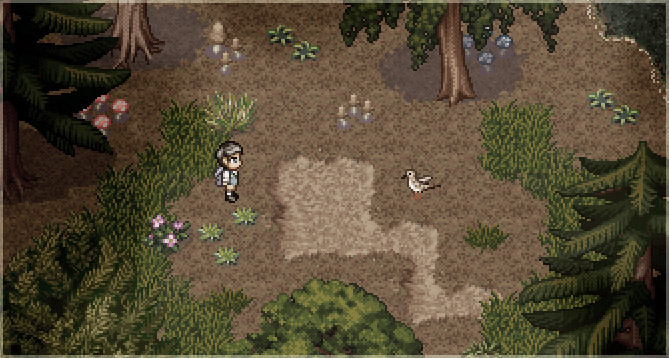 The game relies on moments that the player can relate to, more so than To the Moon because dialogue can at least give people an idea of where their emotional bearings should be in the moment to moment.

To the Moon jumps from location to location, scene to scene and leaves the viewer guessing where each of the characters are at in their lives.

A Bird Story has the luxury of following someone in their (relative) day-to-day in a short time-span of their life. This means there is already an implied history between the viewer and the character. You don’t need a complete re-telling of what the character’s history is because the pertinent information is already given to you. Loner kid with parents never home finds a friend. 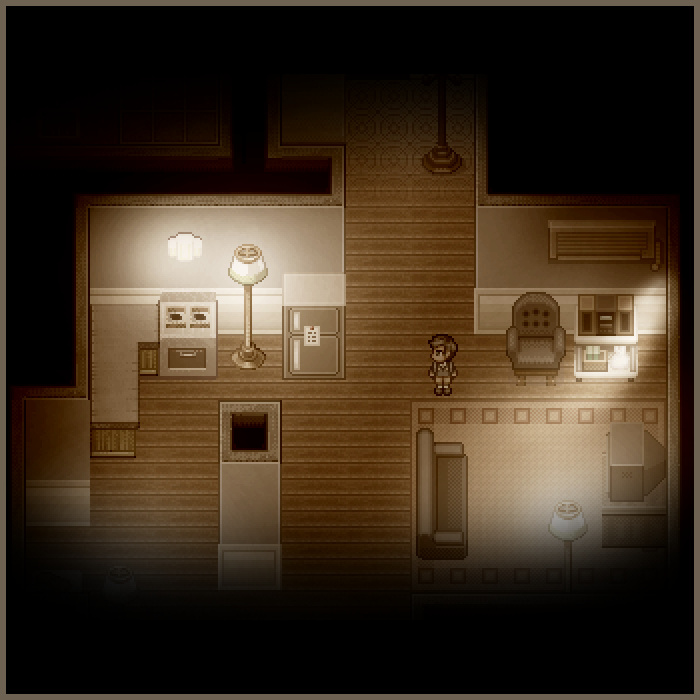 What both games embrace is the player’s ability to empathize towards the situation for their characters. You don’t need to give me back-story to empathize, you need to give me situations. We anthropomorphize the most inanimate of objects, just give us some resemblance of emotion and a situation that’s relatable and the viewer will root for it regardless of their background. I could probably do a whole separate post on building empathy using the works of Joss Whedon alone from things like Dr. Horrible, Buffy, and Cabin in the Woods but I’ll save that for a different time.

The point is, verbosity doesn’t get the player to give a damn, but empathy does. Relatable, palpable emotions that the player relives and wants to escape from (and help others escape from) empathy.