Get Up. Take a shower. Make breakfast. Drive to work. Make Coffee. Start work for the day. Check your phone. Phone starts restarting…

It’s at this point where one of two things can happen. You can either get your data back easily, or you can spend the next 10 minutes with your eyes engulfed in ever deeper shades of red. 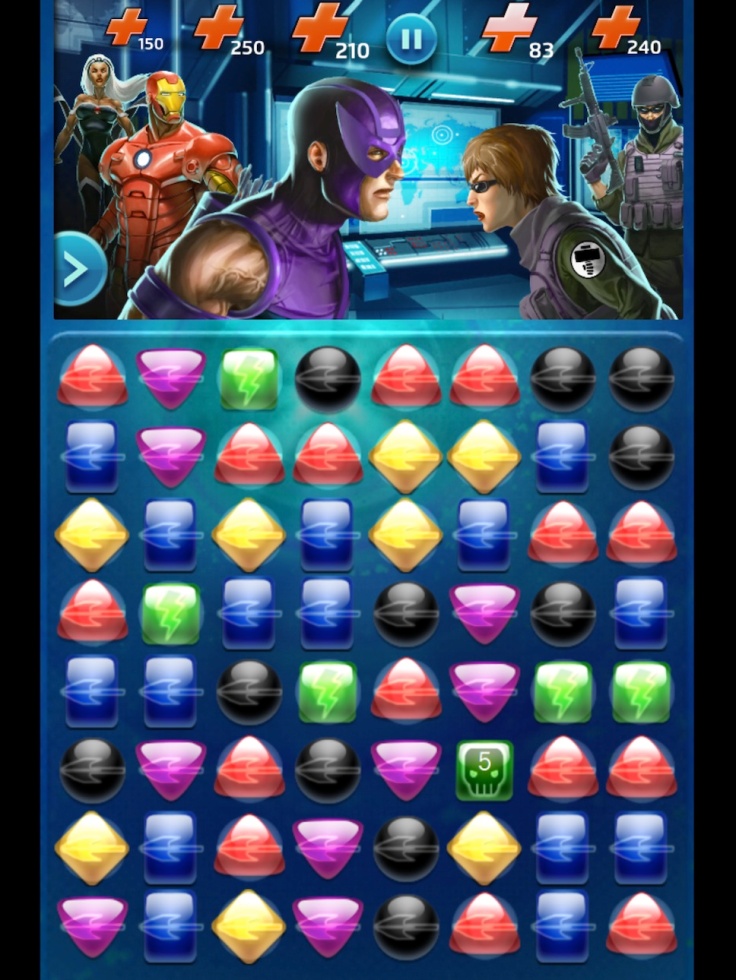 The problem is that you’re introduced to these mechanics by having your wits stripped from you, given forced moved in order to teach the player that you need to match 3 of the same color because we didn’t understand it the first time you told us. Forced to make moves that are worse off because it went against the script by matching the scripted match-3 instead of the match-5 that was generated for us. Forced to read every little thing about the special tiles that get placed or the enemy abilities.

The big issue with this is that I just wanted to get my old save data back, and I clearly couldn’t. I had to complete the whole tutorial again, a tutorial which is losable, by the way, just to get find the option where I could recover my save.

I was relieved to see that I could at leave recover, but I had to spend awhile just to be able to do it, playing a tutorial which is great for newcomers but inundatingly mindless and aggressively boring for people who’ve spent more than 10 minutes with the game already. 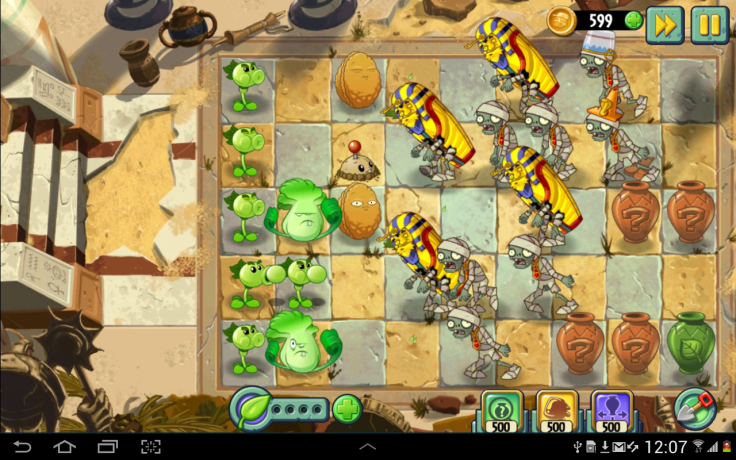 You boot up the game and you’re greeted with the login screen, where you’re asked to make an account. You make a new name for yourself and you’re introduced to how to collect sun, the in-level currency, and you learn how to plant things to attach the zombies that show up.

That’s about as far as I remember because I didn’t even get that far. At the login screen it recognized that I had an old account tied to my phone email and I had all of my old data already. Less than 20 seconds of downtime to get back into the game.

For all of the problems that the gaming community has with EA, they at least made sure that I was able to keep on playing, even it is only once in a blue moon.

You boot up the game and you’re greeted with a story about a librarian managing the stories of Final Fantasy’s past. The stories are being stolen and you jump into one of the paintings of FFVII to start your adventure. You learn via forced choice to battle, to use magic, to use your limit break, and to summon creatures to help you attack. After the battle, you get some companions and an intro to the in-game currency and learn how to manage your equipment and roster.

After this, you can go back to the main screen and figure out how to recover your save.

But the backing up of data isn’t automatic.

You’re asked to tie your Google Play email to the game for achievements, but this system doesn’t turn on the “backup data” feature. The “Load Old Saves” button is where you find out how to save your data. Make sense? Didn’t think so.

Guess who has a file system with 100 Megs recovered from it?

The whole point of this while the Onboarding process, the process to acclimate new players and get them up to speed with the game quickly and pain free, shouldn’t also hinder players trying to return to the game.

Marvel Puzzle Quest was a bit dumb that I had to play through an unskippable tutorial even though it could’ve associated my account to an old save and give me the option to restore without playing the tutorial. Final Fantasy Record Keeper was even worse in that “Load Game Saves” gives no indication that it allows you to “Upload Save Data” beforehand so you only find out about recovery when it’s too late. Plants Vs Zombies 2 was about as automatic in backup as Marvel Puzzle Quest, but also had automatic recovery detection built into the system. And you don’t need to have an always connected device to play the bloody thing.

One thought on “Onboarding and Recovering Progress for Mobile Games”