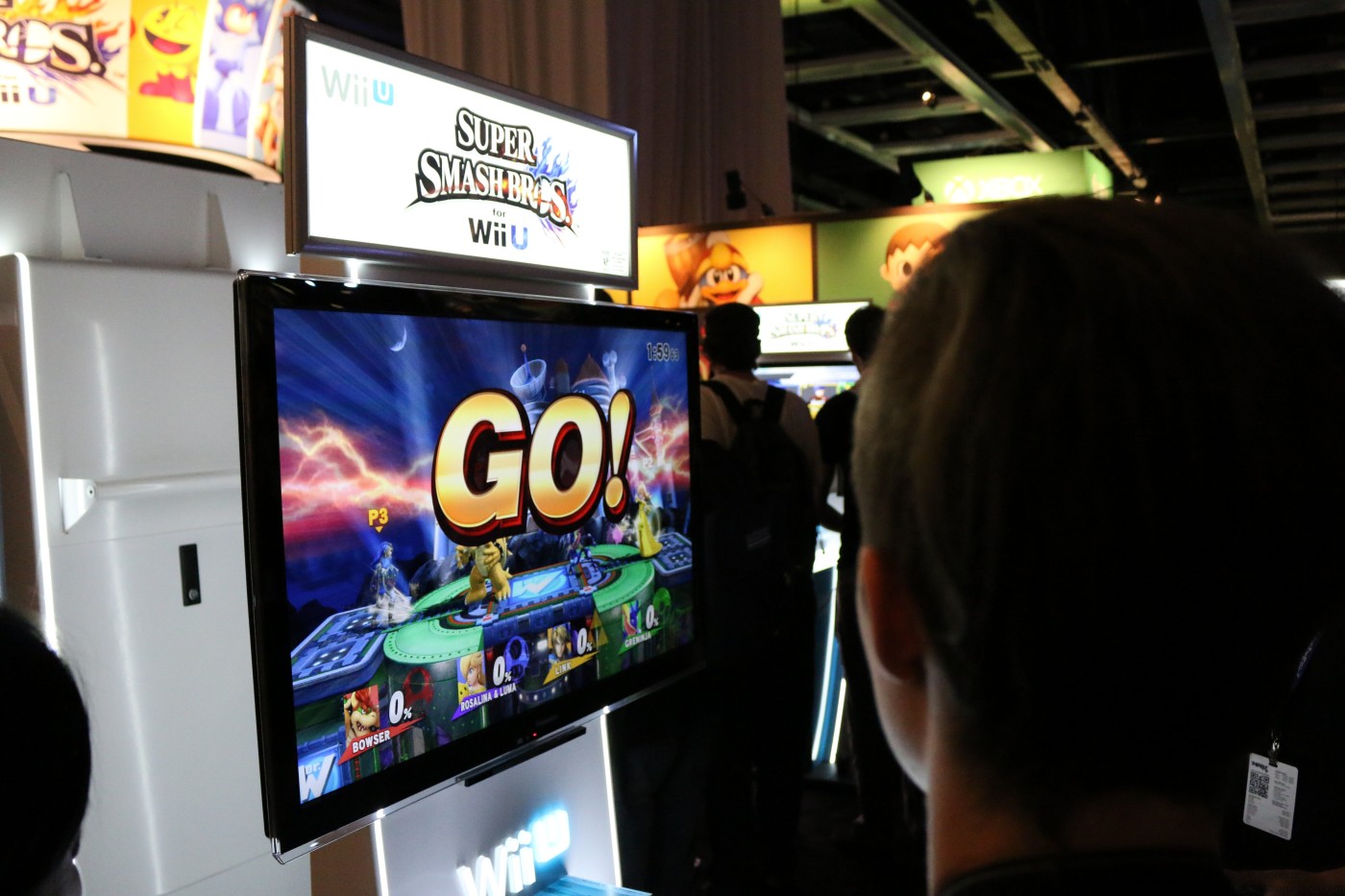 The Wii U version of Super Smash Bros was fine. If you’ve played any other version of Smash Bros’s Free-For-All, than you know exactly what to expect. On a side note, Wii-Fit Trainer is pretty strong.

The 3DS Version of the game, however, was a mixed bag. There were two kinds of stations, the Free-For-All station and the Smash-Run Station. I opted for the Smash-Run station to try my hand at something different… (SO MUCH WAITING) After each demo ran for about 6 minutes, with 3 people in line per station, and what you get is a timed labyrinth with enemies akin to those found in Subspace Emissary from Super Smash Bros Brawl where you collected stat-increases to help you fight in a Free-For-All against the CPU after the labryinth section was complete. It helped that I picked a fast character so I can at least have mobility on my side and explore the maze as much as I could in the 5 minutes alloted, but with a slow character this game mode feels opposite the pace of what Smash Bros is used to. Multiplayer smash bros is a game of high-intensity, fluid, frantic, fun but this game mode is anything but that. I don’t want to say it’s as bad as how Sonic turned itself into, because they made A LOT of strange design changes to get that to happen. But, Smash-Run is definitely not as enjoyable as the FFA modes because the mechanics of the characters aren’t designed for exploring and traversing, but for combat with a character in front of you. Guilty Gear tried designing the same explore+beat-em-up in GG:Isuka and that mode was pretty garbage as well, but they also understood that exploration was going to be slow and limited. We’ll have to see when the game gets dropped later in October 2014.

Taking from the Starwhal style of gaming, RocketsRocketsRockets is a fast-paced rubberband-style combat game. I say Rubberband-style because no matter what direction one player goes, the other has to follow, and the best way for combat is when they both move towards one-another, always Stretching and Contracting from one another. Narwhal was interesting because their take on the concept was strictly melee based, stab them with the pointy end. In RocketsRocketsRockets, you get some rockets and defensive flares as your combat means. For a those few minutes of playing, the game gets extremely tense as you try to narrowly avoid all rocket collisions from hitting your ship while shoot rockets at the asshat trying to shoot back. It seems like the kind of game that you’ll be tug-of-war-shouting frantically, one side screaming about the rockets heading for their face and the next minute the other person is doing the same. It is a good pick-up-and-go multiplayer game, much like Towerfall or Starwhal. Worthwhile looking into it.

More posts on the way.